Once a popular hideout for pirates, the beautiful British Virgin Islands, still attracts sea-faring folk from all over the globe.  Picturesque, calm and peaceful, the surrounding waters offer some of the best sailing conditions in the world. . .

Three hundred years ago, the 50-plus islands of the British Virgin Islands swarmed with pirates, who took refuge in the protected waters and kept guard from secluded mountain lookouts.  Some say there is still buried treasure.  Today, some of the finest sailing in the world and magnificent anchorages still attract sailors from around the world and most visitors still spend much of their time in or on the sea.  Known as Nature’s Little Secret because of the untainted beauty, a holiday in the BVI is founded in its natural wonders.  Located 60 miles from Puerto Rico, the BVI offers small luxury hotels and caters to travellers looking to get away from the hustle and bustle of every day life.  Tortola (‘land of turtle doves’ in Spanish) live in and around the capital, Road Town. 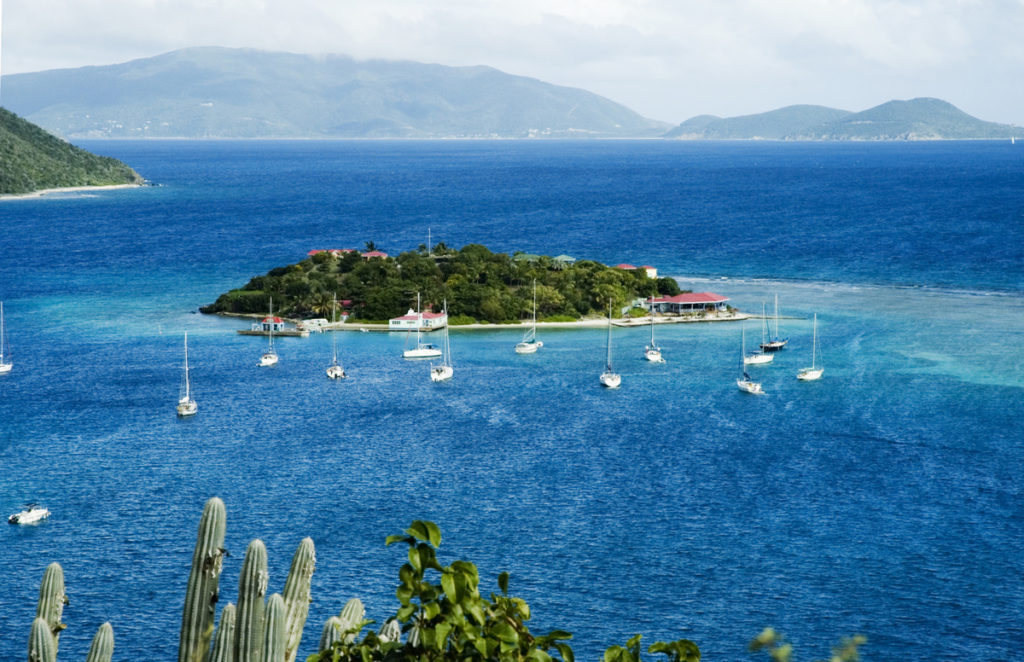 The other principal islands are Virgin Gorda; Anegada and Jost van Dyke.  Virgin Gorda can be reached by both ferry and light aircraft, Anegada by light aircraft and Jost van Dyke by ferry.  A water sports playground and sailor haven, Virgin Gorda has been described as the perfect Virgin Island – “peaceful, blessed with abundant natural assets and sometimes gloriously deserted”. A small island of about 150 people, electricity and phone services arrived in the 1990s. Great Harbour, a village of picturesque wooden houses on a sandy beach is a flashback to the old Caribbean. Jost van Dyke is popular with sailors and has several famous watering holes including on its southern shore Foxy’s Tamarind Bar.  Throughout the islands, beaches are splendid and the beach bars are exceptional.  Gourmet cuisine can be found, along with background music of steel pans and guitars, but don’t expect early-hours entertainment – except at festival times and other special occasions when parades and parties rule the islands.

There are relatively few dangerous reefs, with the exception of Anegada – a favourite spot for divers and fishermen – so conditions are ideal even for part-time sailors, with safe waters and a constant breeze to fill your sails. Sparkling sandy bays beneath striking cliffs are favourite stopping off points for beach picnics.  Scuba diving is popular around sunken reefs and wrecks. Among wreck dives, RMS Rhone is reckoned to be the best in the Western hemisphere.  Once the pride of the Royal Mail Steam Packet Company, the Rhone hit Salt Island in a storm in 1867 and sunk. The BVI has only 19,000 inhabitants and more than 30 of the islets are uninhabited.

Primarily volcanic in origin, except Anegada, most of the islands are grouped around the Francis Drake Channel, named after the British adventurer who launched an attack against the Spanish from the British Virgin Islands in 1595.

The BVI government and its citizens are thoroughly dedicated to keeping their home as close to nature as possible and this is especially true on Anegada.  Thanks to the BVI’s National Parks Trust, most of Anegada has been declared off limits to the settlement and reserved for birds and other wildlife.  The Trust has established a flamingo colony in a bird sanctuary, which is also the protected home of several different varieties of heron as well as ospreys and terns. It has also designated much of the interior of the island as a preserved habitat for Anegada’s animal population of some 2,000 wild goats, donkeys, turtles, a flock of flamingos and cattle.  Among the new species given a new lease on life is the endangered Rock Iguana, a fierce-looking but quite harmless reptile that can grow up to five feet in length and weigh up to 20 pounds.  Though rarely seen, these creatures have made Anegada their home for thousands of years.  The environment they share with other wildlife has hardly changed over time. 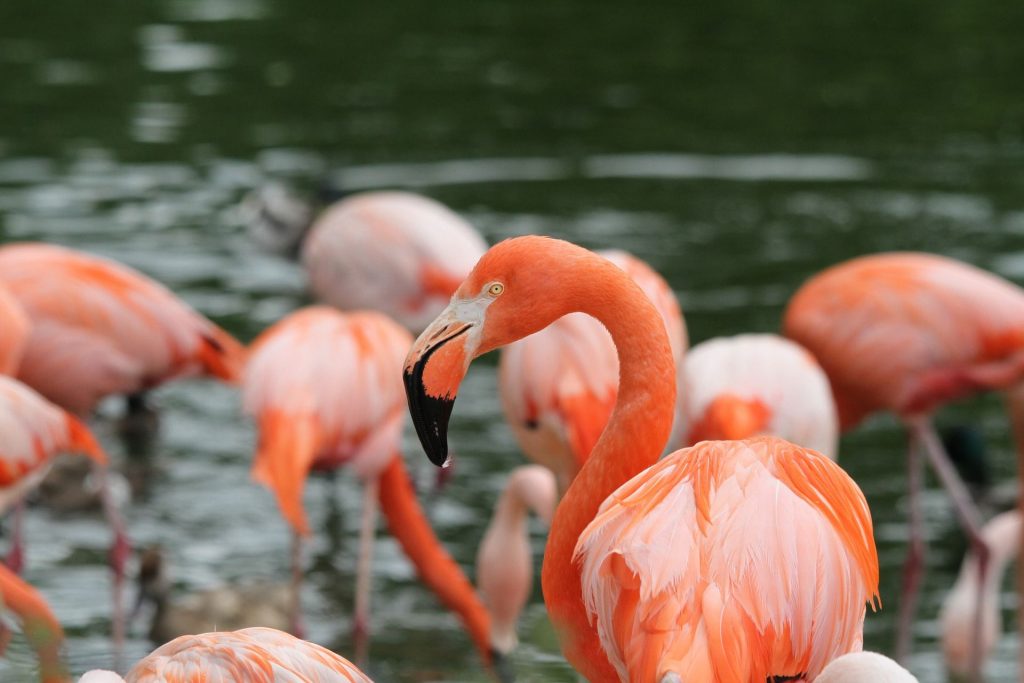 Sightseeing
Snorkelers should visit the four caves at Norman Island, said to be the setting for Robert Louis Stevenson’s Treasure Island.  Wind surfers benefit from steady winds and calm water.  On land, there are national parks to be explored, including Little Fort, with the remains of a Spanish castle and the Coppermine ruin on Virgin Gorda.  For naturalists, Anegada’s 1,100 acre (4.5sq Km) bird sanctuary is a must, as is sage Mountain, the last remnant of a rain-forest on Tortola including Sage Mountain National Park, which at 1,780 feet, is the BVI’s highest peak.  Other sights include the J.R O’Neal Botanical Gardens, the picturesque harbour known as Soper’s Hole and the breathtaking beaches such as Long Bay, Elizabeth Beach, Brewers Bay, Cane Garden Bay and Smuggler’s Cove.

Tortola is connected via the Queen Elizabeth Bridge to Beef Island the site of the territory’s international airport.  More sights of interest on Tortola include Fort Museum and Botanic Garden together with the majority of shops and restaurants, which can be found on the two principal thoroughfares – historic Main Street and the more touristy Waterfront Drive. A tour of the Callwood Rum Distillery on Tortola provides an interesting behind-the-scenes look at one of BVI’s most popular products.  Their rum called Cane Juice is still made the same way islanders did centuries ago and at the end of the tour you can sample a bit and but some to take home.

The wreck of the HMS Rhone, off Tortola, has been voted the Caribbean’s number one wreck dive by several diving magazines.  The 310-foot British mail Steamer and passenger ship was torn in two by a devastating hurricane in 1867 and sank to the bottom of Sir Francis Drake Channel near salt Island, together with a cargo of cotton and copper and 124 passengers.  The bow sits about 80 feet underwater and the stern is about 15 to 50 foot of water.  The dive makes for an eerie experience as both parts are very well preserved – the crow’s nest is fully intact, not to mention the engine room and the battered propeller. Colourful coral, large schools of fish and the other marine creatures live on and around the ship.  Most dive shops on the island run trips to the wreck.

The BVI’s famous natural attraction is The Baths on Virgin Gorda, a stretch of beach piled with unusually large boulders that form a maze of pools and grottoes.  Virgin Gorda isn’t especially known for its hiking, but a few simple nature trails thread the hills connecting the resorts Biras Creek and Bitter End. You can also hike to the top of Virgin Gorda Peak National Park.  The Little Pomato Point Museum (+246 495 8038) is worth a visit for its small but evocative display of items recovered from shipwrecks around the island, ranging from cannons to gift bottles. 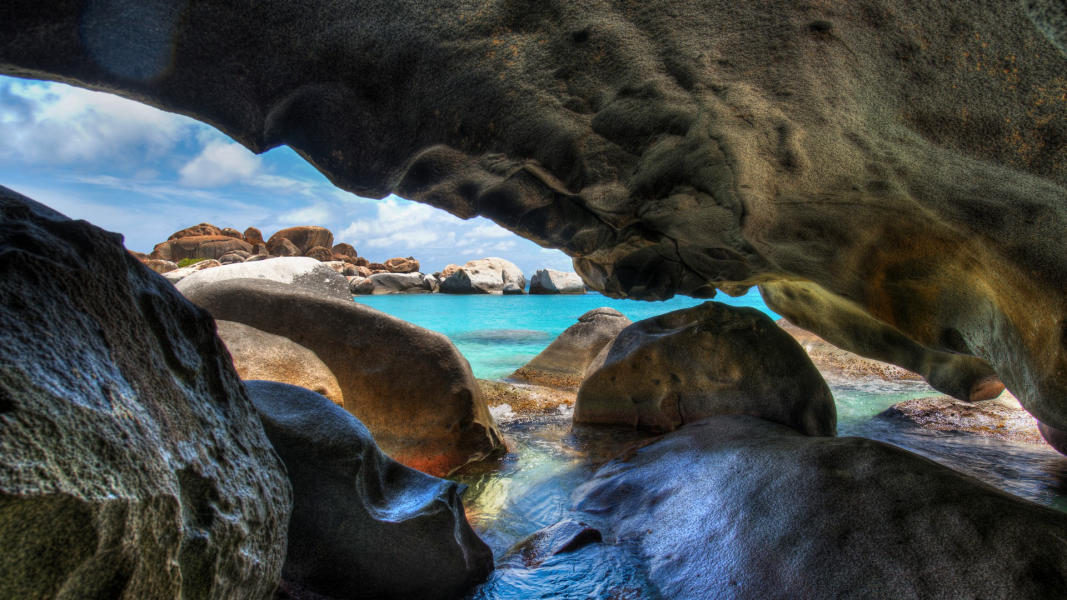 Hidden Gems of the BVI

Don’t miss the BVI Music Festival in May.  A weekend long festival at Cane Garden Bay, Tortola.  Featuring local and international names from the world of Calypso, R&B, Reggae, Funk and Jazz. And the BVI festival in July through to August is a celebration of the islands emancipation from slavery and a colourful carnival of music food and dancing.

Wine & Dine
The Virgin Islands offer a plethora of delicious dishes with – seafood such as conch, mahi mahi and Anegada spiny lobsters.  Meats are often grilled and Tortolans are famed for their barbeque. In Road Town you’ll find superb local cuisine at bargain prices, including a wide selection of Caribbean and barbeque restaurants.  There are plenty of vegetarian options too.

Why not try The Roti Palace, Abbots Hill, just off the southern end of Main Street (+246 494 4196). Loads of seafood, meat, curried chicken or veggie options and served with a side of rice and plantains, the rotis served at this eatery are a local speciality not to be missed.  Tad expensive though.  Prices range between US$8 and $16.

The food at The Last Resort (+246 495 2520) is wonderful and Al the singer chef entertains after a dinner that may have included fantastic seafood the atmosphere is casual and cool.  Favourites include the warm goat cheese salad and rack of lamb.  Located on an islet in the middle of Trellis Bay, you arrive via the free two-minute ferry you can call using the dockside phone. 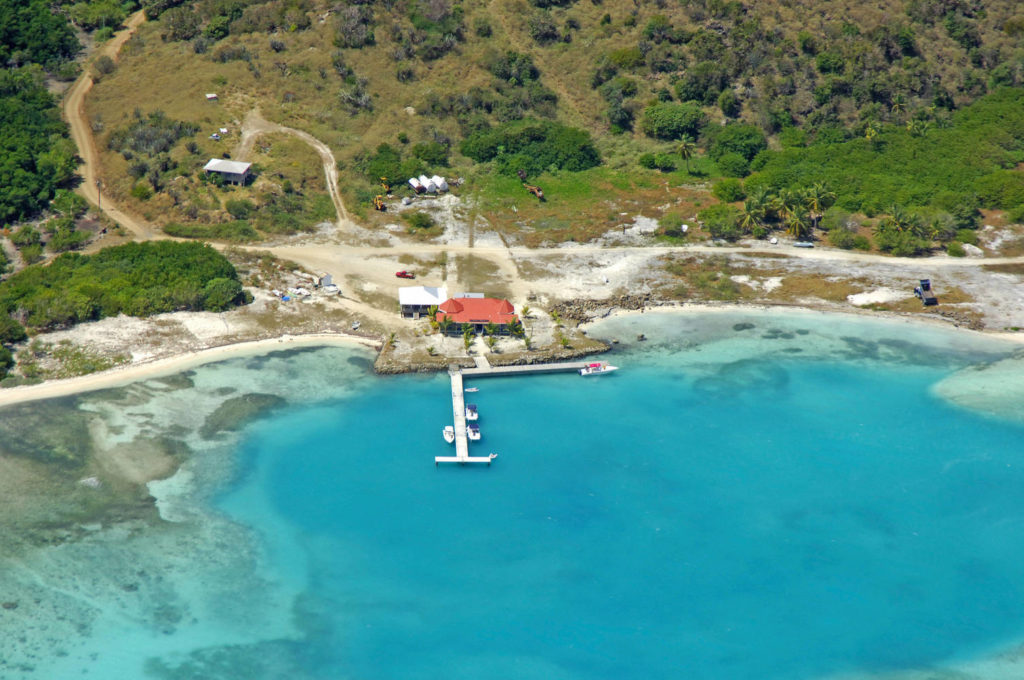 The BVI offers visitors a wide range of attractive places to stay.  Dotting mountains, shores and remote island beaches are exceptional hotels and Inns, villas and cottages, resorts, guesthouses and apartments. Entire private islands are even available for groups large and small.  Whatever you have in mind, the British Virgin Islands has a place to satisfy your wishes in the Caribbean.

www. Villagecay.com
Village Cay Resort and Marina Wickhams Cay +246 494 2771, is more a lush, small hideaway than a resort, with 21 large, well equipped rooms, all of which have views of the harbour below.  A great point to kick off on water sport adventures.  From US$160 -200

www. Beyc.com
The Bitter End yacht Club +246 494 2746 is a huge, lush waterfront resort, accessible only by water.  Its superb amenities include two restaurants several boutiques, an outdoor movie theatre and an English Pub. Choose from beachfront villas which are cooled by the breezes or air conditioned North Sound suites that climb the steep hills like tree houses.  A two bedroom estate house and live aboard yachts are also available.  Every accommodation ashore at Bitter End has spectacular sea views and is surrounded by lush tropical gardens.  From US$735 – $1,835.

www. mariasbythesea@surfbvi.com
Rooms are bright, clean and moderately priced at Maria’s by the sea,
Waterfront Drive, +284 494 2595.
Each room has a balcony and kitchenette.  Décor is inspired by the Caribbean and floral fabrics and wicker furniture.  From US$100- $130.

www. Anegadabeachcottages.com
Anegada Beach Cottages on Pomato Point. +284 495 9234, offer fully furnished seaside cottages with modern kitchen and bathroom set on a private beach.  There are two one-bedroom cottages and one double cottage linked by connecting door.
From US$100-$130.

Sea View Hotel +284 494 2483
If you shun the resorts, preferring to spend the bulk of your money on food, drinks and adventure, Sea View Hotel on Waterfront Drive, is the best budget deal around.  Basic but clean rooms from US$50.

Brewers Bay Campground +284 494 3463
Features prepared sites that include worn canvas tents, beds, linens, propane lamps and stoves, plus other cooking utensils.  Sitting right up on the beach, the location is great.  Community bathrooms have showers and flush toilets. From US$40.  A bare site for one or two people from US$15.