Don’t be put off by the recent volcanic eruptions, stick to the north of the island and Montserrat offers up a unique tropical experience not to be missed . . .

The Ian Dury and the Blockheads song ‘Reasons to be cheerful’ is probably more apt to a Montserratian than it is to almost anyone else.  Because of the volcanic eruptions that have devastated the island in recent years, you would think that there aren’t many reasons to be cheerful.

How wrong.  The lush green and mountainous island of approximately 12 miles long and seven miles wide (and now expanding due to the volcanic activity in the south of the island) gives the residence plenty to smile about.

Montserrat lies in the Eastern Caribbean, about 27 miles southwest of Antigua and is known as the Emerald Isle of the Caribbean.  This pear-shaped island rises in a series of dramatic mountain slopes to the high point of over 3,000 feet at the Soufriere Hills in what is now an exclusion zone, an area where it is illegal to venture to.  The volcano is still active, with the last eruption occurring in July 2003.  So, you’ve been warned.

On 18 July 1995 most of the island was devastated when the Soufriere Hills volcano erupted, and two-thirds of the population fled abroad, leaving a population of just over 4,000 that stood at more than 12,000 before the eruption.

Another catastrophe eruption in June 1997 closed the airports and seaports, causing economic and social dislocation.  Two- thirds of the 12,000 inhabitants fled the island.  Some began to return in 1998, but lack of housing limited the numbers.  The agricultural sector continued to be affected by the lack of suitable land for farming and the destruction of crops.  Prospects for the economy depend largely on developments in relation to the volcano and on public sector construction activity.  Half of the island is expected to remain uninhabitable for at least another decade. 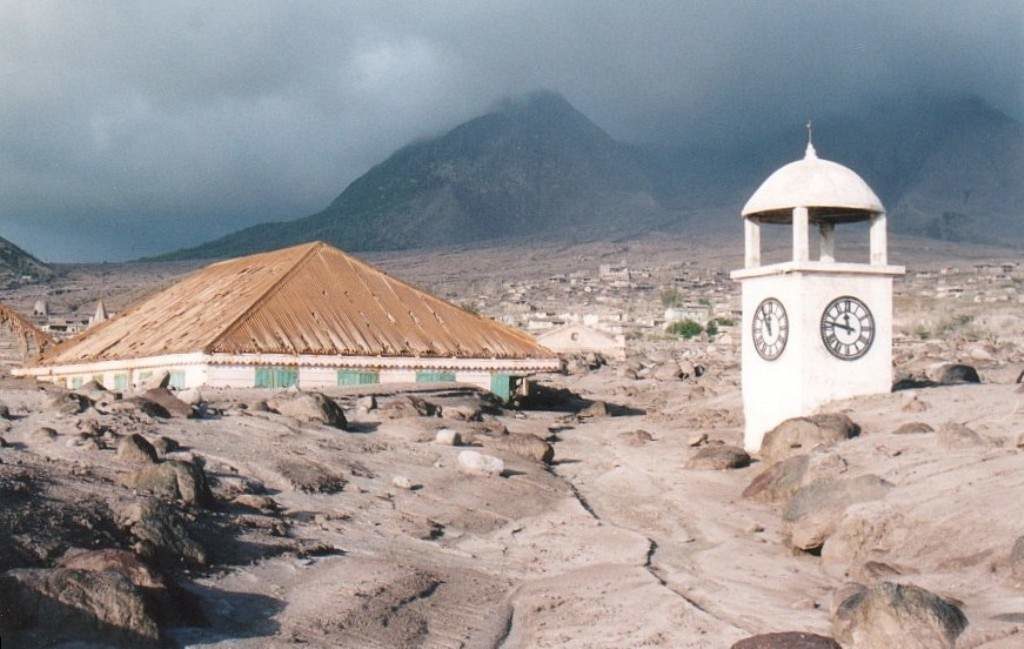 While the volcano has severely hampered the economy of the country, the north of the island is a verdant, lush and beautiful as anywhere in the Caribbean.  Montserrat has often been compared with Ireland because of the scenery.

Nature lovers would revel in getting closer to that scenery.  Hiking and simply exploring the dramatic diversification of the landscape are popular activities, while the mountainous, volcanic spine of the island offers spectacular vistas (the islands of Redonda, Nevis and St. Kitts in the in the west and north respectively, Guadeloupe to the south and Antigua to the northeast can all be seen from the various points on the island) while the slopes and valleys and fertile fields display rich harvests of mango, papaya, coconut and banana, and there is a bounty of flora and fauna.

The centre of the island is famous for its lush vegetation and the variety of animals.  The best way to see the island is on foot, taking one of the many trails.  A favourite begins in Mars Hill and meanders through rain forests and along high ridges such as Cassava Ghaut where the vistas are breathtaking. 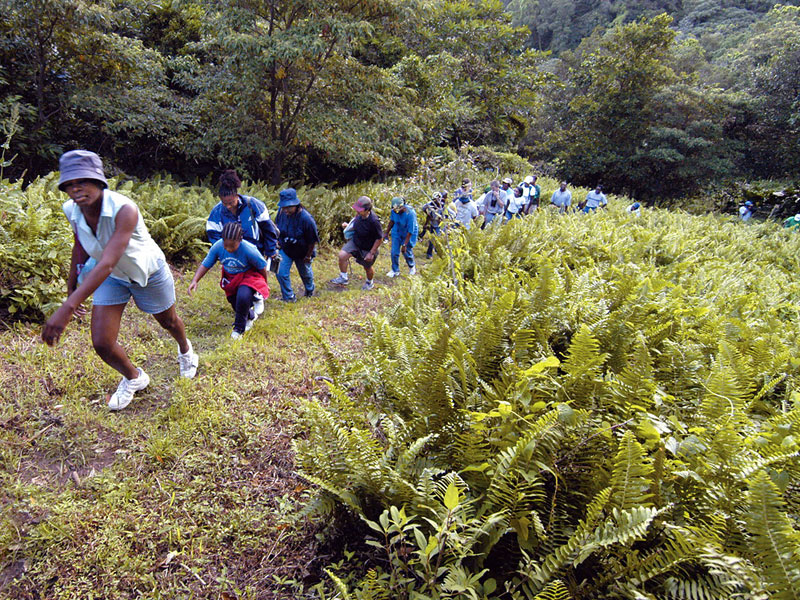 Along the way you’ll encounter wildlife, among them the 34 species of land birds and migrant songbirds that inhabit the area.  Look out for the Montserrat oriole bird, the national bird that is sadly now a threatened species, the rare Forest thrush, the shy and equally rare Bridland quail dove, the mangrove cuckoo, the trembler and the purple throated carib.  A trip to Montserrat makes the perfect holiday if you are a bird watcher.

Many amphibians and reptiles are also found here.  The regionally endemic Mountain Chicken and the Tree Frog are among the amphibians you can see, along with reptiles such as the Galliwasp, Anole and Ground Lizard as well as the Dwarf Gecko and Iguna.

And it’s not all volcanoes and rain forests. Because of its volcanic backdrop, Montserrat could provide the ultimate unique wedding destination that you’re after.  For something a little different, go to www.visitmonserrat.com, tel; +664 491 2230.