The Panama Canal is a conduit for global cargo.
Lying at the crossroads of the North and South American continents and the Atlantic and Pacific oceans, Panama is of immense strategic importance.

This has made it a target for intervention by the US, which in 1989 invaded Panama to depose a former ally, Manuel Noriega, and until 1999 controlled the Panama Canal.
Panama has the largest rain forest in the Western Hemisphere outside the Amazon Basin and its jungle is home to an abundance of tropical plants, animals and birds – some of them to be found nowhere else in the world.

The geographic position of Panama has played a predominantly strategic roll, in all senses.  The slim silhouette of the country measures only 80 kilometres in its narrower waist, which allowed the construction of the Panama Canal, at the beginning of the twentieth century (1904).  The Panama Canal is considered the eighth wonder of the world.

This was a feat of engineering, a canal connecting the Atlantic and Pacific oceans, that Panama is most famous.  Every year hundreds of thousands of people make the eight-hour journey through the waterway and it generates a proportion of the country’s GDP.

Panama is widening the canal, which is more than 90 years old and operating almost at full capacity, to allow it to handle more and larger vessels.  Work on the scheme, which was approved in a referendum in 2006, began in September 2007.
Offshore finance, manufacturing and a shipping registry generate jobs and tax revenues.  Panama’s services-based economy also benefits from the Colon free trade zone, home to some 2,000 companies and the second largest in the world.  A free trade agreement with the US was reached in late 2006.

Bananas are the main cash crops, but the trade has been hit by disease and is vulnerable to tariff changes in the European export market.  Panama faces the challenge of shaking off its reputation as a major transit point for US-bound drugs and illegal immigrants, and as a haven for money laundering.  It also needs to address social inequality.  Elite families of European descent control most of Panama’s wealth and power, while about 40% of the population lives below the poverty line.  The canal, the natural attractions of its pristine forests and coastlines, and a lively, modern capital are fuelling a growing tourism industry.

With a healthy and effective democratic system, it is considered a very safe and prosperous country.  Its service based economy, mainly in the tourism industry; the Panama Canal and the International Banking Center make it a highly successful country.  It offers first class world facilities like International Call Centers, modern shopping Malls and excellent professionals and technicians.  Today, Panama is one of the most developed countries in Central America, coupled with greatest economic and tourist development in all of America.

Sightseeing
Panama offers a wide variety of tourist attractions, including excellent shopping.
Panama City’s Central Avenue, Colón’s Front Street and the newer shopping sectors around the hotels, and Tocumen’s duty free stores have grown because of this trade.

Excursions
An interesting excursion can be made to an easily accessible strip of rain forest within nearby Soberanía National Park (40km/25 miles north of the city), particularly renowned for its many bird species.

Panama Canal
The Panama Canal, to the west of the city, is 80km (50 miles) long and, as Panama’s main tourist attraction, it naturally draws many visitors; recommended is a train or bus ride alongside or a boat trip on the Canal itself; the scenery is beautiful, and the mechanics of the Canal equally fascinating.  There is a new Panama Canal Museum in the Casco Viejo area. The Canal was opened in 1914, and an average transit takes eight hours to complete.  On December 31, 1999, Panama took over full control of the canal from the USA. Some 50km (30 miles) northwest of the capital lies Barro Colorado, the largest island in Gatun Lake, a manmade stretch of water created during the construction of the Panama Canal (and one of the world’s largest artificial lakes).  The island is a biological reserve managed by the Smithsonian Tropical Research Institute and reputed to be one of the world’s leading natural tropical laboratories.  Day trips to the island from Panama City take visitors to the small town of Gamboa from where special tours (either on foot or by boat) can be arranged.

Balboa
A rather Americanised suburb between the Canal quays and Ancón Hill.  One hour’s launch ride away is the island of Taboga, where fine beaches and quality hotels abound.  The main method of transport is by water taxi, known locally as panga.  A longer trip by launch is necessary to get to the Pearl Islands, which are visited mainly by sea-anglers. 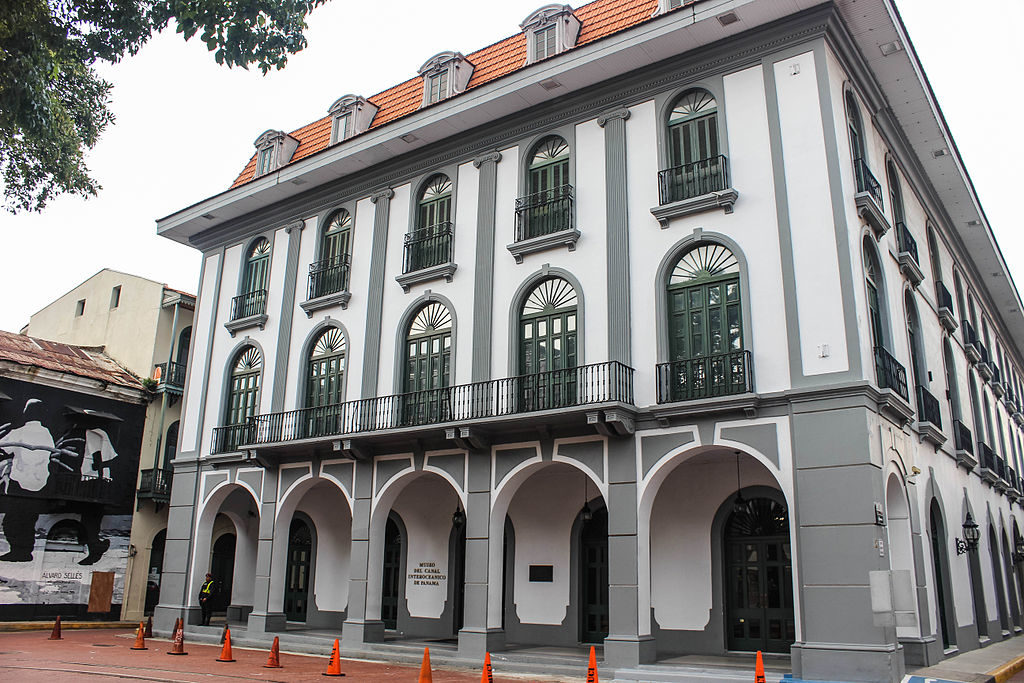 Bocas del Toro
The Bocas del Toro province, in the Panama Caribbean, includes an archipelago (of the same name) consisting of seven large islands and hundreds of smaller ones.  Many of the islands lie in the Laguna de Chiriqui, which is particularly popular with diving enthusiasts.  Parts of the province are located in two national parks: the International Friendship Park, administered jointly by Panama and Costa Rica; and the Bastimientos Island Marine Park, a marine nature reserve located on one of the islands.  Small planes from Panama City arrive daily at the town of Bocas del Toro and, although the area currently remains fairly undeveloped (with limited accommodation available), it is being targeted for major tourist development.

Chiriqui
Located some 450km (270 miles) in the southeast end of Panama, the Chiriquí province is characterized by volcanic highlands with many waterfalls, rivers and spectacular mountain scenery and is known for its cattle and thoroughbred horses as well as banana and coffee plantations.  The province also contains the dormant Baru Volcano (3,475m/11,400 ft), located near the popular resort town of Boquete and the mountain resort Cerro Punta.  Also nearby is the Baru National Park, famous for its many Quetzal birds.  There are several daily flights from Panama City arriving at David (travel time – one hour).

Colón
The second-biggest city in Panama lies on the Caribbean end of the Canal; visitors should see the cathedral and the statues on the promenade known as the Paseo Centenario.  Front Street is famous as a shopping center for duty free luxuries, though it is now rather run down.  The city is bustling and quite rough – most visitors just pass through rather than spend a lot of time here.

Darién Gap
This is a sparsely populated wilderness area linking central and southern America and also the only break in the Pan-American Highway (which runs from Alaska to Argentina).  Much of this region lies within the Darién National Park, which contains an exceptional variety of habitats, ranging from sandy beaches, rocky coasts, mangroves and swamps to tropical rain forest.  The park is also home to two Chocó Indian tribes.  Trips to the park are available, but visitors are strongly advised to use an experienced guide; the area around the Colombian border, in particular, is a dangerous guerrilla flash point and kidnappings of Western tourists have been reported. 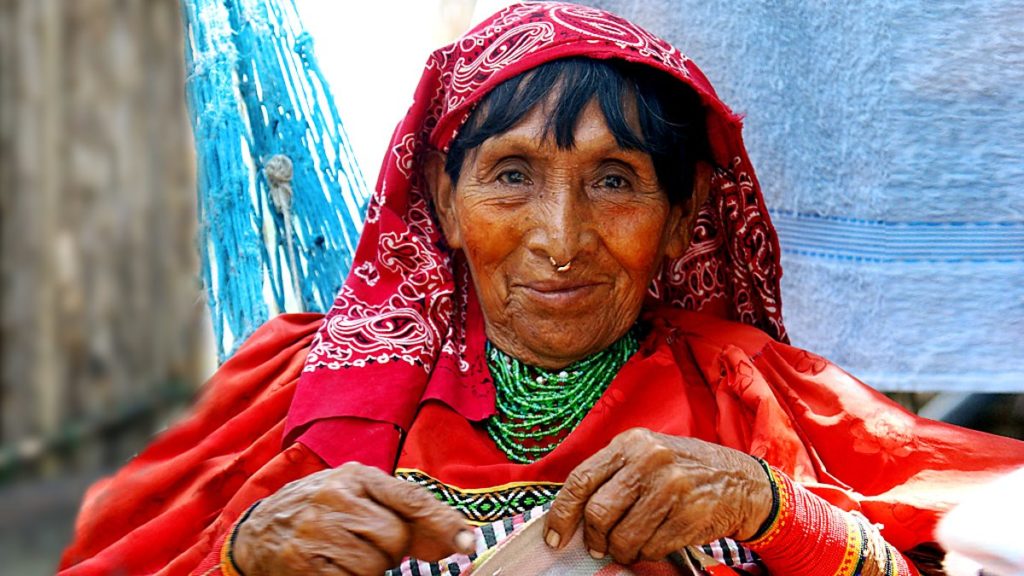 San Blas Islands
An interesting trip can be made from Colón to the San Blas archipelago, which comprises 365 islands.  It is the home of the Kuna Indian people, the most politically organised of the native groups in Panama, who live on about 40 of the islands and who administer their own autonomous province.  The Kuna also operate the region’s hotels and can assist visitors in organising trips to nearby villages.  There are no roads, but small planes fly to several landing strips.  For details on how to organise overnight stays, contact the Panamanian Institute of Tourism (see Top Things To Do).

Portobelo
Situated 48km (30 miles) east of Colón, Portobelo was a Spanish garrison town for two centuries with three large stone forts facing the entrance to the harbor.  Also in the town are an Old Spanish cannon, and the treasure house where gold and silver from Perú and Bolivia was stored before being shipped to Spain.  Along the Caribbean coast, between Portobelo and San Lorenzo, are numerous notable 17th- and 18th-century military fortifications.

Azuero Peninsula
Much more relaxed and peaceful than Panama’s cities is the Pacific Peninsula de Azuero, where charming small colonial towns, quiet villages and near-empty beaches await visitors who do not expect to find big hotels. 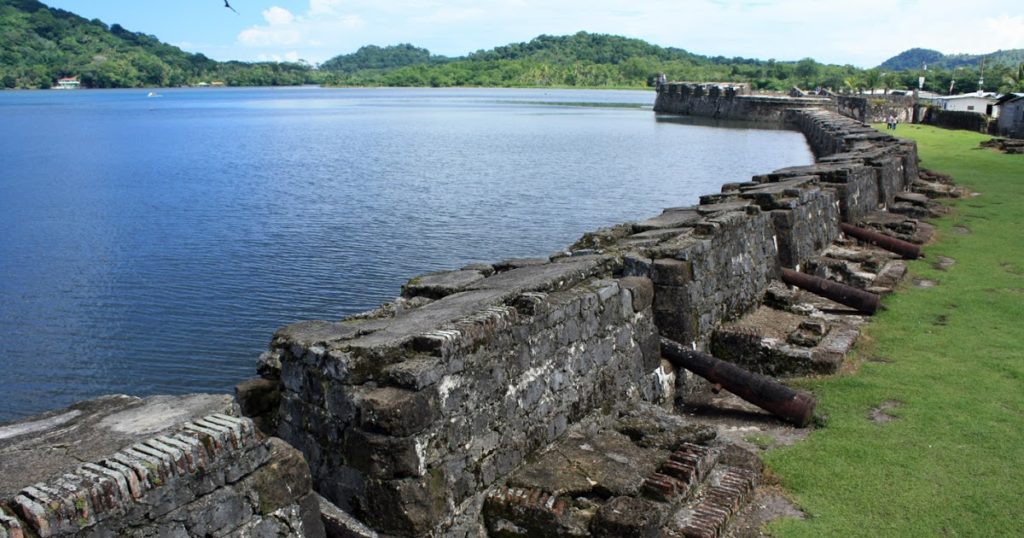 Fortifications on the Caribbean Side of Panama

Night Life
Panama city is immensely active in regards to nightlife.  There are tons of restaurants, bars and clubs where people go out to have a drink, relax, listen to music and dance.  You will find that Panamanians love to dress well, impress and be impressed when going out.  Casinos throughout the city constantly host events to keep people coming, and they do come.
Concerts, conventions, pro boxing fights, inaugurations, coupled with the great influx of Americans seeking retirement, Colombians, Venezuelans and many other nationalities are increasing the activity at which Panama City celebrates as the never before seen real estate boom is taking the country to economic levels that have not been seen before.

A city of over 1 million people, it is one of the most important international finance and insurance centers in Latin America, and of course a center for the maritime industry.  This fact has also helped Panama become a “tazita de oro” in Central America these days.  Clubs don’t close until the manager says he is closing and you might find yourself seeing the sunrise as you leave a bar, club or even a “massage parlor”.  It all takes place in three sectors of the city: The downtown business district, Casco Viejo, the historic Spanish Colonial sector and on Amador Causeway which connecting four islands in Panama Bay.  When in Panama, go out and dance the night away anywhere.  The Fiesta Casino just behind the Hotel El Panama is an awesome place to hang out and dance and there are other new clubs that cutting edge and rival those in New York and Miami so ask around and you’ll get the right answer.  Like at any other country stay safe and always obey your instincts.

Wine & Dine
American, French and Spanish food is available in all restaurants and hotels in Panama City and Colón.  There is a huge selection of excellent restaurants in Panama City, as well as other main cities.  There are also several Oriental restaurants.  Native cooking is reminiscent of Creole cuisine, hot and spicy.  Seafood is excellent and in abundance.  The choice and availability of wines, spirits and beers in hotels, restaurants and bars is unlimited.

Tipping: 10 to 15% is customary in hotels (where it is added automatically) and restaurants. 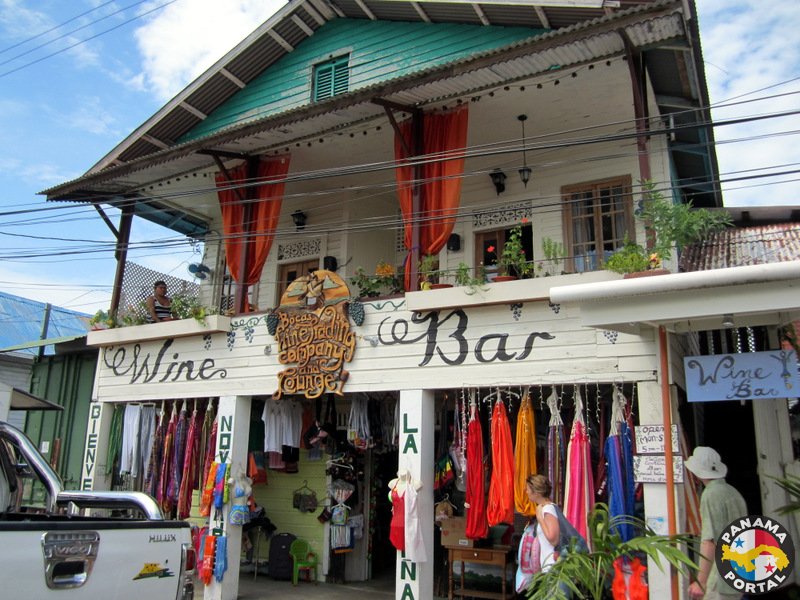 The Wine Bar: The place for wine lovers, the Wine Bar has more than 300 wines and pizza baked in a stone oven.  Great place for conversation with an in house live music trio.  In El Cangrejo in the business district near the El Panama Hotel.  Also on the Amador Causeway.
El Pavo Real: An authentic British pub in the heart of Panama City.  Good pub food, a sedate, friendly bar scene and a favourite place for natives, Americans and Brits.  Around the corner from the Marriot Hotel in the business district.

Shopping
Panama is a duty-free haven and luxury goods from all over the world can be bought at a saving of at least one-third.  Local items include leather wear, patterned, beaded necklaces made by Guaymí Indians, native costumes, jewels and precious stones, straw products, electrical equipment, handicrafts of carved wood, ceramics, papier mâché artifacts, macramé and mahogany bowls.