Grenada is a rolling, mountainous island, covered with fragrant spice trees and rare tropical flowers.  Bordered by stunning beaches and dotted with picturesque towns, this verdant island has long been a major source of nutmeg, cloves, ginger, cinnamon and cocoa.  In fact, there are more spices in Grenada per square mile than any other place in the world, no wonder it’s known as the ‘spice island’.  Seductive aromas drift through the colourful Saturday markets and Grenada’s dense forest, making Grenada a destination that truly excites the senses.

The beautiful mountains, crater-filled lakes, rivers and valleys are ideal for hikers, mountain bikers and birdwatchers, but if that all sounds too strenuous, Grenada also has over 40 white sandy beaches for travellers looking for total relaxation.

Grenada is of volcanic origin and is divided by a central mountain range.  It is mostly southerly of the Windward Islands.  Tropical rain forests, gorges and the stunning beauty of dormant volcanoes make this a fascinating and diverse landscape. 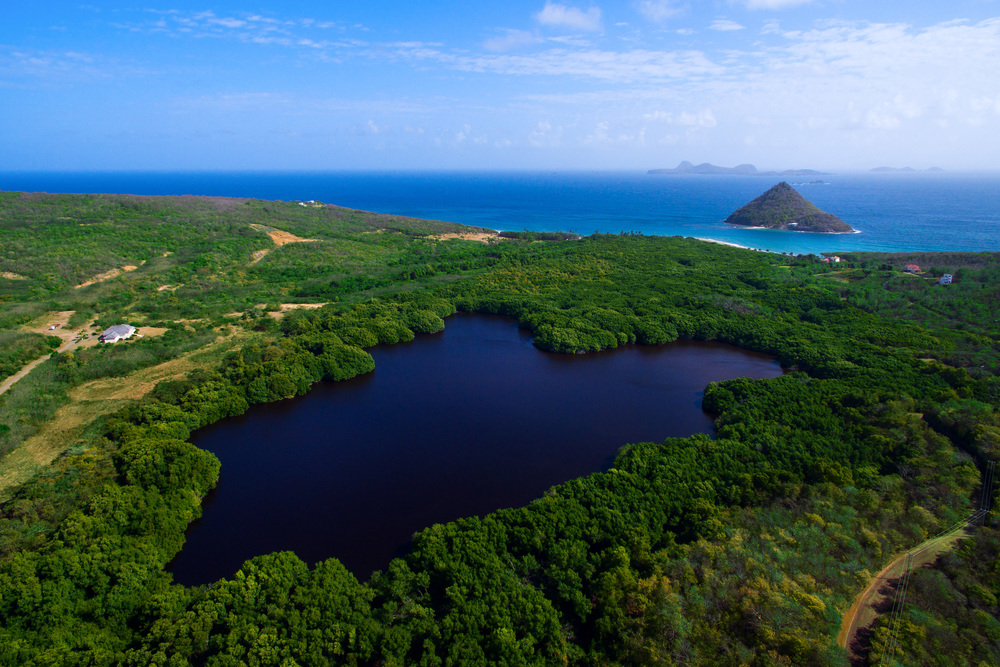 Aerial perspective of Levera Pond, along the northern coast of Grenada

In the interior of this volcanic island are cascading rivers and waterfalls, lush rain forests and one of the most breathtaking beautiful mountain lakes imaginable.

The capital, St. George’s, is widely held to be the loveliest city in the Caribbean, built around a sweeping natural harbour, its horseshoe-shaped harbour is surrounded by a pastel rainbow of dockside warehouses and the red-tiled roofs of traditional shops and homes.

Grenada’s physical beauty is complemented by its rich history and vibrant, living cultural heritage.  Local festivals, fairs and markets remain an integral part of life on Grenada.  Its centuries old spice plantations and rum distilleries still use traditional methods, emphasising quality rather than quantity.  Although the tourist industry has become more substantial in recent years, the island’s easy rhythms and the friendly openness of its residents evoke an atmosphere that has long since vanished elsewhere.

For many visitors, of course, the measure of any island is taken by its beaches and coral reefs and Grenada offers plenty of both.  The island is ringed with miles of picture perfect sands, including both entrancing black and sugar fine white sand beaches.  Grand Anse Beach, a smooth expanse stretching for two miles around the curve of a gentle bay, is world famous.

This small nation consists of three islands: Grenada, Carriacou and Petit Martinique.  Grenada is by far the largest of the three, with a width of twelve miles (18km) and a length of twenty-one miles (34km). Its 133sq. miles (440sq.km.) are mountainous volcanic terrain, reaching heights of over 2,750 feet atop Mount St. Catherine.  This topography provides Grenada with one of the loveliest and most varied environments in the Caribbean, including crater lakes as well as a startling variety of plant and animal life.  Dwarf forests high atop Mount St. Catherine descend to the mountain rainforests of middle altitudes, which give way in turn to the dry forests of the lowlands.  Those forests shift to mangrove at the coast, giving way to stunning white sand beaches, brilliant blue water and exquisite coral reefs.

Home to the vibrant calypso and reggae music, Grenada offers a good mix of local and international restaurants and bars.  Many resorts provide night time entertainment, such as discos, organised shows and cabaret.  The Regal Cinema has recently been refurbished and hosts many multi-cultural events as well as showing films.  Grenada’s smaller sister island, Carriacou, is hilly but not mountainous.  With smoother terrain, Carriacou is an ideal destination for walking.  It possesses fine sand beaches and natural harbours, as well as offering excellent views out over the northern Grenadine islands.  The gateway to the Grenadines, Grenada and its sister island Carriacou have become something of a sailing centre; whilst underwater, divers will find some of the most pristine reefs in the Caribbean. 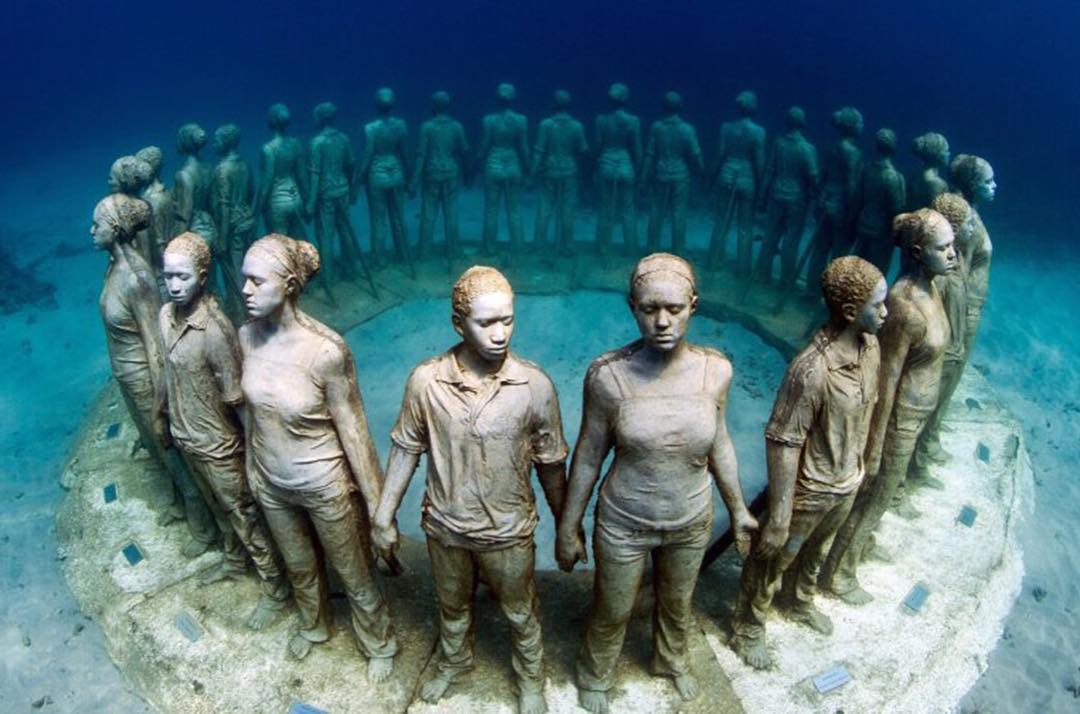 Petite Martinique, the third and by far the smallest island in the sate, consists of little more than the tip of a volcanic cone poking through the water.  It is now being developed for visitors.

History
For a small island, Grenada has had a turbulent history.  The earliest known inhabitants were Arawak Indians, who were then displaced by Caribs some time before AD 1300.  The first serious attempt at settlement by Europeans was in 1609, but the Caribs resisted fiercely, and it was not until 1650 that the French were able to claim the island.  It remained a French colony until taken by the British in 1783.  Grenada was an important centre in the slave trade between Africa and the sugar plantations of the Caribbean.  With the emancipation of slaves and the disintegration of the plantation system, the majority of islanders came to depend on a few local industries and their own small holdings.

Sightseeing
In the capital St. George’s, The Carenage a picturesque inner harbour with 18th century warehouses and restaurants, the botanical gardens and Fort George (built by the French in 1705) are all worth a visit.  Travelling north from the capital towards Spice Country, visitors pass through some of the prettiest fishing villages on the island.  Levera Bay and Grand Anse are considered to be two of the island’s best beaches.  There are several waterfalls in Grenada, the most spectacular of which are the Annandale Falls, a 15m (50ft) cascade that flows into a mountain stream, and Mount Carmel waterfall, the island’s highest waterfall, which has two falls cascading over 21m (70ft) to clear pools below.

The Grand Etang National Park and Forest Reserve contains numerous marked trails.  The road to the park passes by the north-western edge of Mount Sinai (703m/230ft), with its beautiful crater lake, the Grand Etang.  The park contains a wealth of interesting flora and fauna and there are spectacular flower displays depending on the season.  Another volcanic crater lake, Lake Antoine, is located in the Levara National Park, a well-known destination for bird watching.  The La Sagesse Nature Reserve, located in the south, is a protected bird sanctuary with several rivers, mangroves and salt lakes.

On the way to Spice country, north from the capital, visitors pass through some of the prettiest fishing villages on the island.  Hidden among the red roofs of Gouyave is the factory where spices are sorted, dried and milled.  The Dougaldston Estate is a traditional plantation in the centre of the nutmeg and cocoa growing region. 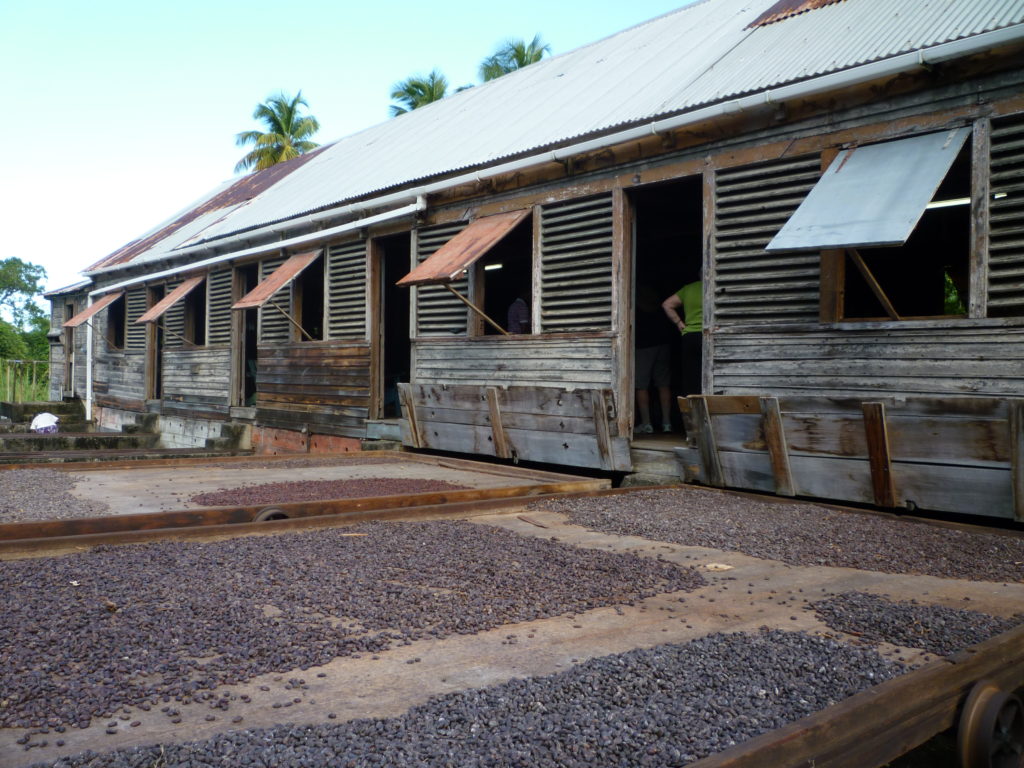 Visit Sauteurs / Morne des Sauteurs from these rocks, the last of the island’s Carob Indians plummeted to their deaths in 1650.

Grenada’s best known white sand beach, the Grand Anse, is complemented by several others, notably those on neighbouring Morne Rouge, the deserted beaches on the southern coast and Levera Bay, which is also a favourite surfing spot.  Apart from in the sea, swimming is also possible at several of the islands’ rainforest pools and lakes, many of which are formed by waterfalls, such as the Annandale Falls and the Concord falls.  Diving and snorkelling can be practiced widely, with the Grand Anse beach being the starting point for many diving trips to the nearby reefs and islands. Most dive sites are easily accessible from the coast.  Some of the best are Moliniere Reef, located approximately 5km (3miles) from St. George’s; Martin’s Bay, close to Grand Anse, also a popular snorkelling spot; and Channel Reef.

The neighbouring island Carricou, part of the Grenadines, is known as the ‘island of coral reefs’ and offers ideal diving conditions, with a rich marine life.  Yachting is also extremely popular; in fact it’s a yachtsman’s paradise.  A number of major yacht races and regattas are held through-out the year, notably the January Sailing Festival (lasting five years) and the sailing regatta in Tyrell Bay on Carricou.  Particularly popular sailing destinations in the area include the Grenadine Islands Sugar Loaf, Green Island and Sandy Island.  A variety of small and large craft may be hired. Visitors can also make boat trips on traditional wooden schooners, which is a popular way to cross the 5km (3mile) distance between the island of Carricou and Petit Martinique.

The Carriacou Museum in Hillsborough has an impressive collection of Amerindian artefacts and mementos dating back to occupation by the French and British. 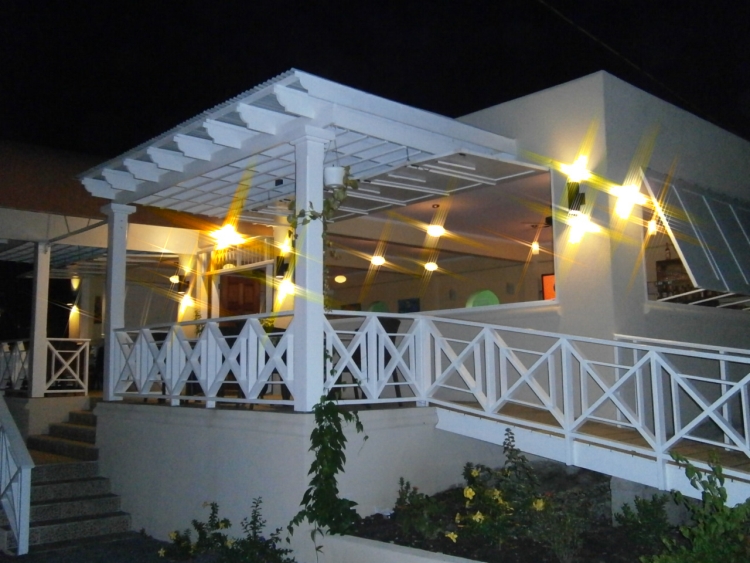 Wine & Dine
Colourful food markets dot the city and the island’s passion for cooking is famous.

Where to Stay
From the grandest luxury hotels and all-inclusive resorts, to the smallest inviting guesthouses and inns, Grenada offers accommodations that suit every lifestyle. 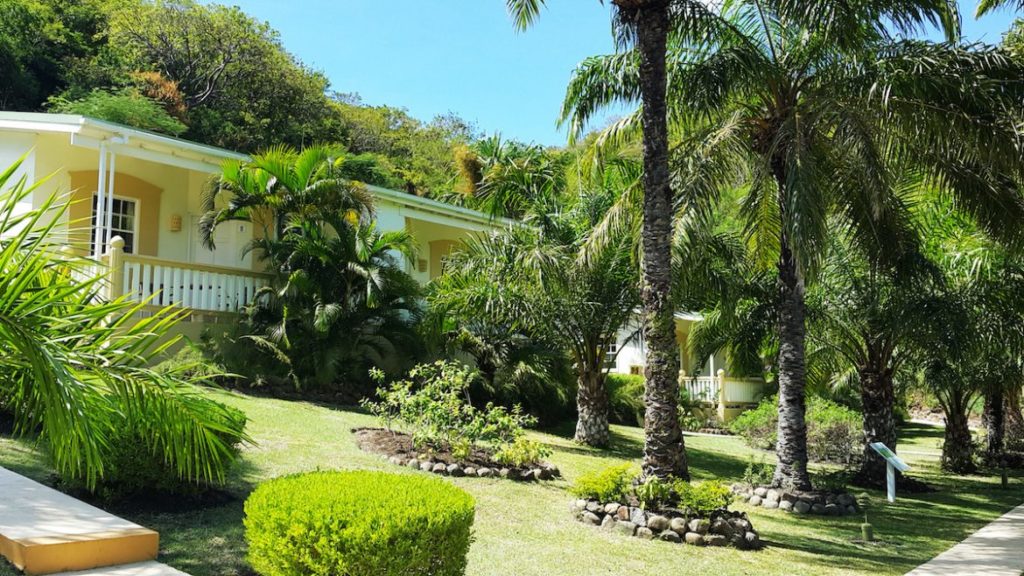 High End
The Grenada Grand Beach Resort, tel: + 444 4371; fax: +444 4800, located on the world renowned Grand Anse Beach, can best be described as ‘The Complete Resort Complex’, offering all the facilities and amenities sought after by those travelling on business or pleasure.  This luxurious two-story complex offers a spectacular 20-acre lush tropical setting, surrounded by fruit and coconut trees and succulent gardens.  Prices from $131 – $472.

Allamanda Beach Resort & Spa, situated right on Grand Anse Beach, the hotel offers 50 rooms – some with adjoining rooms and one with wheelchair access.  All rooms are exquisitely decorated with private patio/ balcony and garden or ocean view.  Just a few minutes walk to 2 shopping centres and 10 minutes from St. George’s and the airport.  $185 – $375.

Economy
Seaside View Holiday Cottages, tel: +443 9007, offer self-contained one and two-bedroom beach front cottages.  This family owned and operated property overlooks the harbour and has a fantastic view of neighbouring islands.  We organise pick-up charters from Carriacou to Petite Martinique and back.  We also organise charters to neighbouring Grenadine Islands.  Try our supermarket for all your shopping needs and our boutique for souvenirs and gifts.  Cottages from $25 -$35.

Millie’s Guest House, tel: + 443 7310, offers new, modern facilities centrally located on Main Street.  Millie’s is ideally situated amidst coconut palms to the front and the crystal blue waters and wide sandy beach of Hillsborough Bay at the rear.  Transportation is available at the door for your convenience to explore the island.  Also explore neighbouring islands with Millie’s Yacht Charter.  $60 – $126.00. email: millies@caribsurf.com.

Homestays Grenada provides an alternative to the traditional hotel experience, giving visitors the chance to stay with local families and see the real Caribbean.

Festivals & Events
Grenada Carnival ‘Spice Mas’ in July and August is the biggest event of the year; the main carnival actions are to be found on the streets of the capital city of St. George’s.  The Carriacou Regatta takes place at the end of July, originally devised to celebrate the indigenous art of boat building, it now hosts several days of racing, parties and cultural activities.

The Spice Island Bill Fish Tournament is an annual event, which attracts anglers from all over the world.